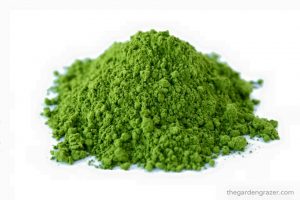 Long ago in ancient civilizations, tea began as a medicine. Only later did it turn into the casual daytime beverage that we enjoy today. But modern studies continually reveal the enormous range of health benefits of matcha, confirming those early sought-after medicinal properties. And turns out they’re pretty impressive. One study states a single cup of matcha contains an incredible 137 times more antioxidants than a cup of brewed tea bag! What’s uniquely special is that matcha contains a certain kind of antioxidant called catechins (of all antioxidants, catechins are the most potent and beneficial – nice!) Matcha is especially high in one specific catechin, called EGCG, which is recognized for it’s cancer fighting properties.